Dr. Fitzgerald founded A.M. Fitzgerald & Associates, LLC (“AMFitzgerald”), a MEMS and sensors solutions company, in 2003. She has over 20 years of engineering experience in MEMS product development and now advises clients on the entire MEMS product development cycle, from business and IP strategy to supply chain management. Prior to founding AMFitzgerald, Dr. Fitzgerald worked in engineering roles at the Jet Propulsion Laboratory, Orbital Sciences Corporation, and Sensant Corporation, now part of Siemens. She received her bachelor’s and master’s degrees from MIT and her doctorate from Stanford University, in Aeronautics and Astronautics. She currently serves on the Board of Directors of the Transducer Research Foundation and Rigetti Computing. 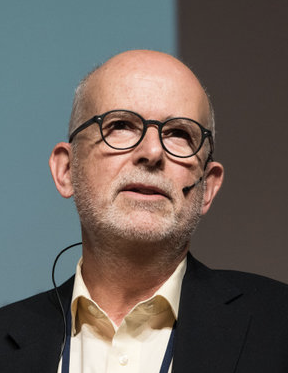 Tim Draimin is a Senior Advisor at The JW McConnell Family Foundation (Montreal Canada). For the last decade he been active in developing the field of social innovation. He is an advisor to government, business and the nonprofit sector. He currently serves on the boards of Social Innovation Exchange (SIX-London UK), Trico Foundation (Alberta), Centre for Social Innovation (CSI-Toronto), and Green Economy Canada (GEC-Waterloo). He was co-founder and CEO of Tides Canada Foundation and Tides Canada Initiatives.

Prepare for the discussion at Summit 6 by reading Ben Green’s book: https://mitpress.mit.edu/books/smart-enough-city 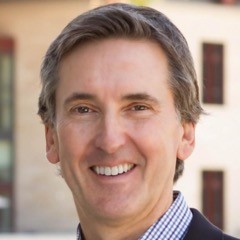 At Stanford University since 1995, Professor Tom Byers focuses on education regarding high-growth entrepreneurship and technology innovation. He is the first holder of the Entrepreneurship Professorship endowed chair in the School of Engineering, and is also a Bass University Fellow in Undergraduate Education.

(eCorner) collection of thought leader videos. He was the director and lead principal investigator of the Epicenter, which was funded by the National Science Foundation to stimulate entrepreneurship education at all US engineering and science colleges.

He has been a faculty director since the inception of the Stanford Technology Ventures Program (STVP), which serves as the entrepreneurship center for the engineering school. STVP includes the Mayfield Fellows work/study program for undergraduates and the Entrepreneurship Corner

He is the co-author of a textbook called Technology Ventures: From Idea to Enterprise that is published by McGraw-Hill. He is a past recipient of the prestigious Gordon Prize by the National Academy of Engineering in the USA and Stanford University’s Gores Award, which is its highest honor for excellence in teaching. He is a member of the board of trustees at Menlo College. He has been a member of advisory boards at Harvard Business School, UC Berkeley, World Economic Forum, and Conservation International. Tom was executive vice president and general manager of Symantec Corporation during its formation, and started his career at Accenture. Tom holds a BS in Industrial Engineering and Operations Research and an MBA from UC Berkeley. He also earned a PhD in Business Administration (Management Science) at UC Berkeley.

Arthur Edward Schwartz, Deputy Director and General Counsel of the National Society of Professional Engineers, has been accepted the role of Provocateur at the upcoming Summit in Berkeley, California. Schwartz is also the Executive Director of the National Academy of Forensic Engineers, and serves as the staff director to the NSPE Board of Ethical Review, the Committee on Policy and Advocacy, the Professional Liability Committee, and the Engineers Joint Contract Document Committee. He also writes a monthly ethics column in the NSPE journal, PE magazine, and has written extensively on the subject of ethics in the engineering industry.

Rosalyn W. Berne, PhD serves as the National Academy of Engineering’s Director for the Center of Engineering Ethics and Society (CEES). With CEES she is working on various projects such as: Ethics and Plastic Pollution; Ethics and the Engineering Grand Challenges; Safety Responsibility of Engineers; and Responsible Conduct of Research. She also oversees the OEC (Online Ethics Center for Engineering and Science.) As Associate Professor of Engineering and Society at the University of Virginia’s School of Engineering and Applied Sciences, she explores the intersecting realms of emerging technologies, science, fiction and myth, and the links between the human and non-human worlds. She has two academic books (Nanotalk: Conversations with Scientists and Engineers about Ethics, Meaning and Belief in the Development of Nanotechnology, and Creating Life from Life: Biotechnology and Science Fiction), numerous conference papers and journal articles, and a science fiction novel (Waiting in the Silence) published under her name. And has also two award-winning books published in the body-mind-spirit genre.